Full Frontal host Samantha Bee made a witty comment to Mike Huckabee after he claimed anyone who votes Democrat on Tuesday will get a lump of coal in their Christmas stocking.

Huckabee, a Republican and former governor of Arkansas, was tweeting about the 2018 midterm elections with the ballots due to be cast on Tuesday in one of the most divisive and closely watched midterms in recent memory.

Governor Huckabee tweeted: ‘URGENT! Just got off phone with Santa Claus calling from North Pole and he said anyone who votes for a Democrat will get a lump of coal in his/her stocking.

‘He said there is a reason his suit is red’. 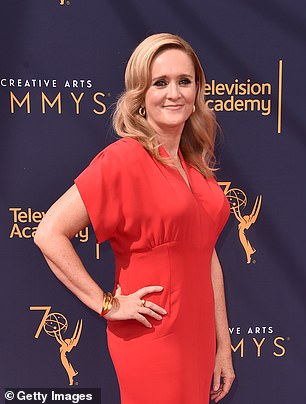 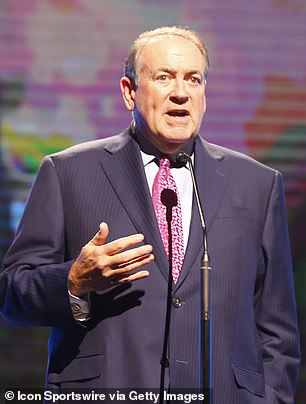 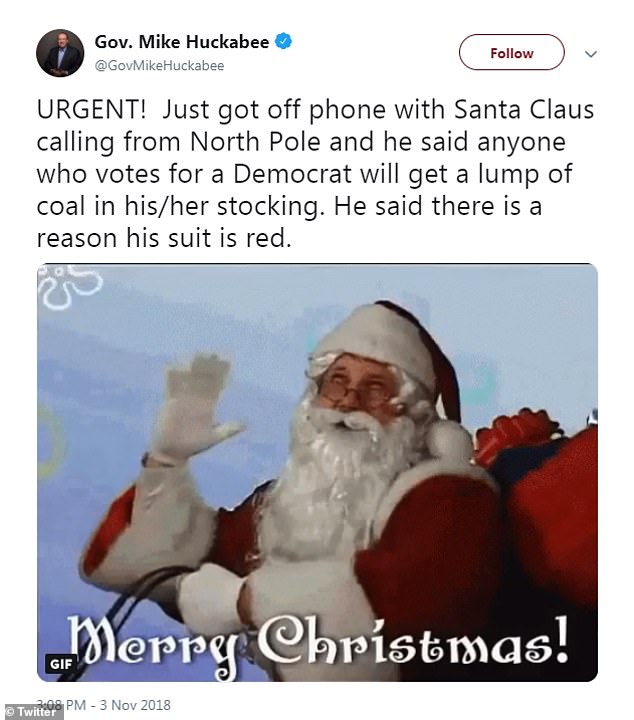 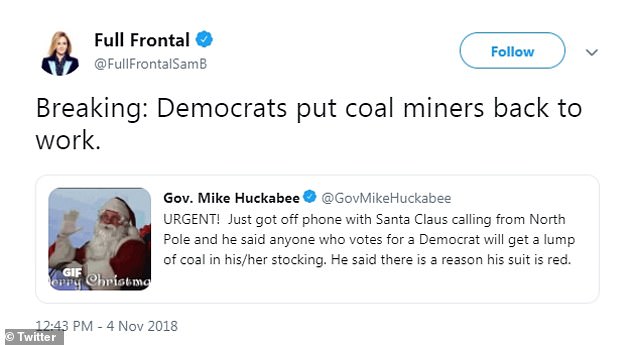 But full Frontal host and comedian Sarah Bee was quick to respond to Huckabee’s contribution, retweeting his post along with the caption:

Bee was seemingly referring to criticism of Donald Trump for not delivering on his pre-election promise to put coal miners back to work.

Government data shows the US added about 2,000 coal mining jobs since Trump took office, but economists said  the change is not statistically significant.

The export-fueled bump in coal production and coal-mining employment is forecast to fade next year.

In 2017, Trump’s first year in office, 8,000 coal miners were hired to work in mines across America. That figure, while seemingly significant, was just a 1.6 per cent increase from the previous year, according to the US Bureau of Labor Statistics.

And while the overall number of coal miners across the nation now exceeds 50,500, it’s a far cry from the 80,000 who were employed as miners as recently as 2000 when Democrat Bill Clinton was president. 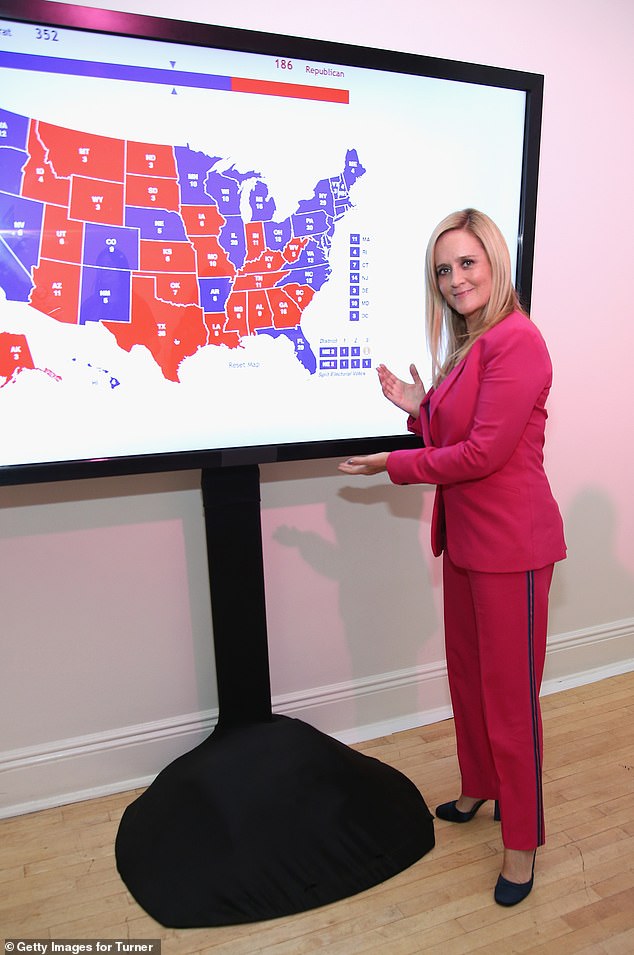 It is not the first time that Samantha Bee has criticized a member of the Huckabee family.

In a sketch earlier this year, Bee explained why she thought White House press secretary, Sarah Sanders – who is Mike Huckabee’s daughter – was simultaneously ‘amazing’ and ‘evil’. 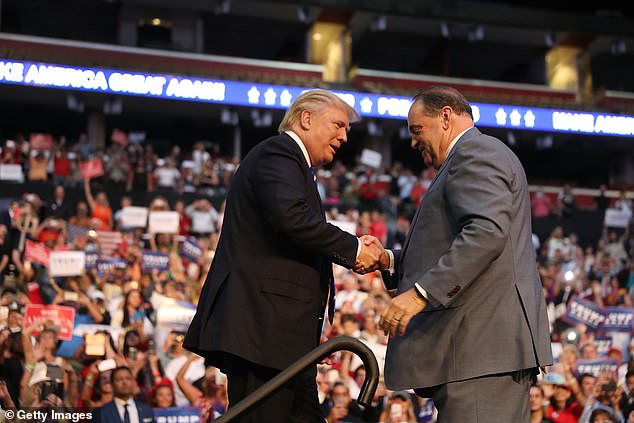 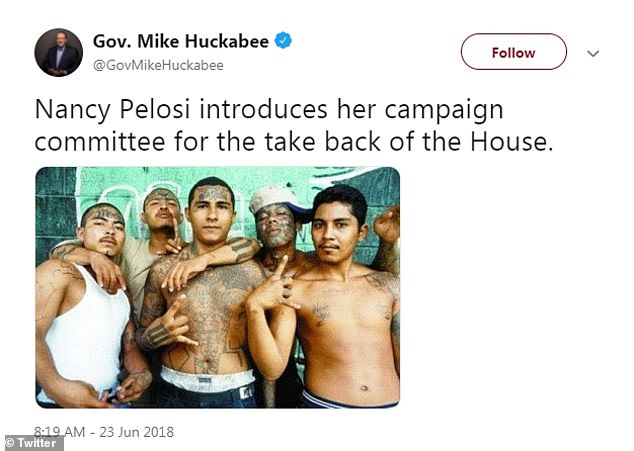 Bee also praised Sanders for keeping her job for so long in the Trump administration.

‘You have outlasted every man who’s had your job and almost any other job in the Trump White House to become one of the most powerful women in the nation’,Bee said.

‘You are a hell of a role model for little girls everywhere who are smart and hardworking and completely evil’.

In 2008, Huckabee hosted the Fox News Channel talk show Huckabee, ending the show in January 2015 in order to explore a potential bid for the presidency. 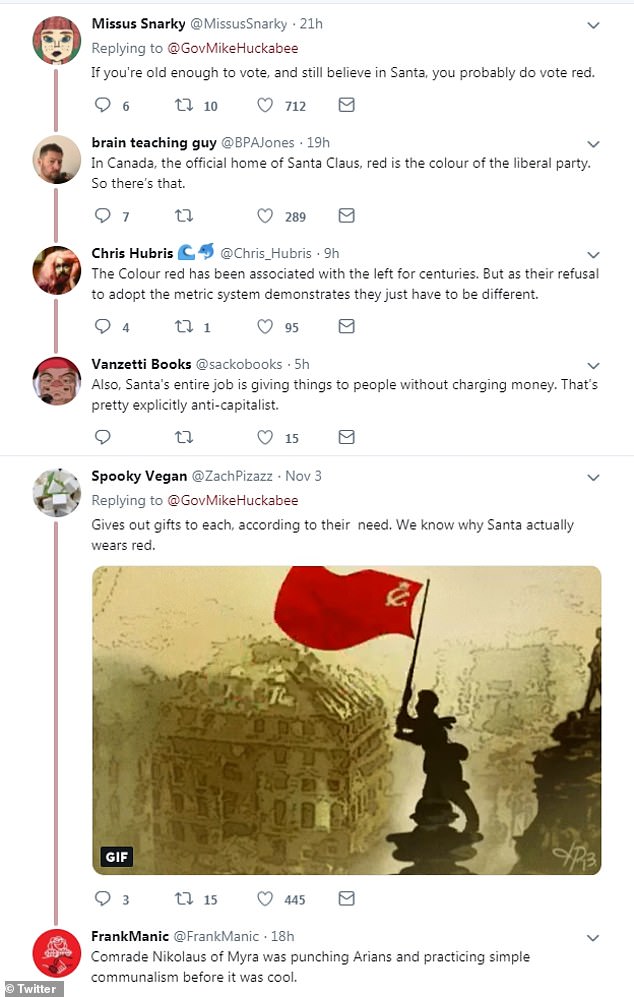 But in February 2016, He suspended his presidential campaign after a disappointing finish in the Iowa caucuses. He later announced that he was ‘all in’ for Trump.

Earlier this year he accused of being a racist after he tweeted a photo on Saturday of five men who appear to be using hand signs associated with the MS-13 gang with the caption, ‘Nancy Pelosi introduces her campaign committee for the take back of the House’.

Huckabee has a history of making inflammatory remarks, including ones that have drawn criticism from within his own party.

While running for president in the 2016 election, Huckabee invoked the Holocaust to criticize then-President Barack Obama, comments that drew a rebuke from his then rival former Florida governor Jeb Bush.